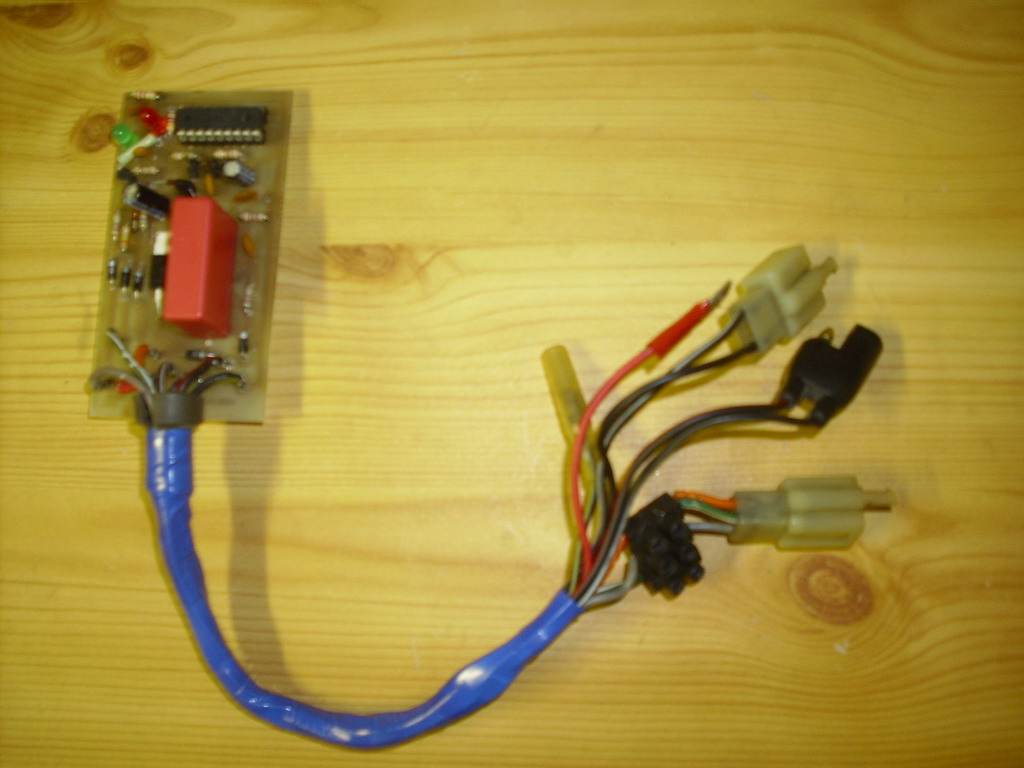 [ARCHIVE] An adaptation from

This adaptation was design for a DR600 SJ model 1988 that use a CDI with 2 sensors, this adaptation does not work on previous models with only one single sensor.
The working is quite similar to the XT 600, just reverse two wires..
Be aware that the pickup signal from the DR600 pickups is different and requires some modifications on the circuit and the software.
The pickup at 0 degrees ( called “no-kickback”) generates a lot of electric noise at high speed, which is not possible to reduce subsequently because the signal must be stonger enough at kick start. If we reduce the signal, the noise diseapear but the signal will be too weak at very low rpm (kick start).
So it is necessary to leave it for kick-start, then to disable it above a certain RPM.

The sensor 30 degrees, also generates noise at high speed, just decrease the voltage in order to keep only the useful shape.

Therefore, to use the transmic CDI, we will have to make some modifications to the circuit.

Here is the .HEX for DR600 to burn into the PIC with this timing curve.

Here is the modifications made on the XT600 schematic:

The circuit has not been redraw for the DR600, so you’ll have to trick a bit to add the new components.
Use the schematic above, check out the datasheet for the transistor.

Components that need to be replaced

There are 3 LEDs on the PCB that have a different meaning:

It stands at the same place, you can secure it with a clamp and foam: 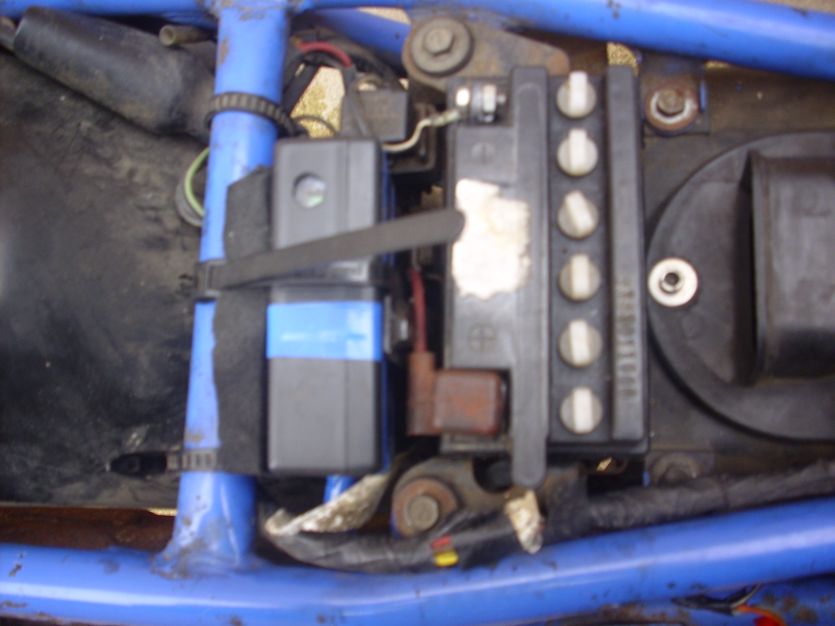 Connect the stand and the neutral contacts

Connection to the power

This new CDI need +12Vdc battery to power the PIC
Take the +12v at the blinking relay.

Changing the common ground of the pickups

For this DIY CDI, you have to reverse the connection of the pickup 30deg only.

So you have to separate the Orange wire under the tank and connect it directly to the 30° input of the CDI.
Connect the green wire to the commun ground.
Doing that, the signal will be positive than negative as expected by the CDI, instead of being neg/pos as it is with the genuine CDI.

Once finish the tests on Transmic’s page, plug the CDI into the bike.